At TD Commercial Banking, we are committed to helping you move your business forward.

It’s our business to know yours

Are you a small business customer? Visit our Small Business Banking solutions website.

See our products and services

See all our products

TD is committed to your business

Trust your business banking with TD

Our Relationship Team is committed to your business. We will take the time to understand your business, and provide banking solutions that can help you achieve your business goals.

We also offer expertise in many specific business segments which include: 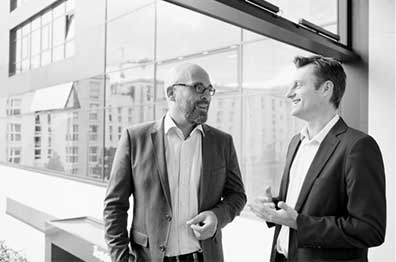 We will take the time to understand your business, and provide the banking products, services and advice to help achieve your business goals. 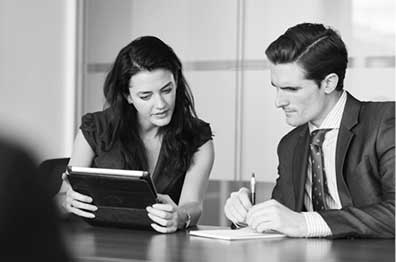 Our local Credit and Cash Management Relationship Teams ensure you have access to the products, services and support you need to manage your business banking needs. 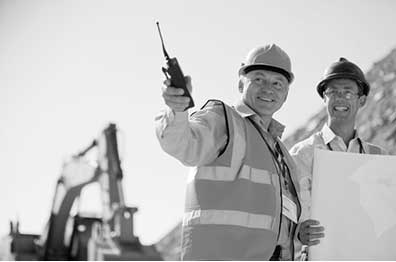 Explore the different types of fraud, how to identify them, and how to minimize their impact. 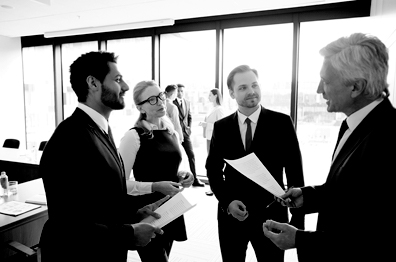 We begin inside one of the REMCO warehouses, located in Montreal. A pallet of boxes is lifted by a forklift. We see garments hanging on a rack and boxes moving along a conveyor. Randy Cohen, President of REMCO sits behind his desk in his office, explaining how his company has been helped by TD. As he strolls through the warehouse, we hear how TD provided financing for the purchase of the head office in Toronto. Shots of Randy throughout his day show him examining boxes and taking meetings. He speaks about achieving goals and the continued growth of REMCO, with the critical support of TD through truck financing and lending solutions. We end with Randy walking back into his office.

We open up on Michael Robinson, CEO of Robinson Solutions, looking out at the view outside his high rise office building in downtown Toronto. We see him sitting in a boardroom explaining how the recession negatively affected his company. It was at this time that he began working with TD. We see several scenes of Michael in meetings with colleagues. He goes on to talk about TD having a deep understanding of his business challenges and seeing opportunity. We see Randy working at his computer while he explains his experience with QuantumShift, allowing his continued growth as a business professional. We then see him walking through the office and interacting with colleagues. Michael goes on to explains how TD has given him confidence to move forward with an acquisition, before we end with a shot of him walking to his desk.

We open on an aerial shot of the Van Dieten Dairy Farm, then move to a scene of cows grazing outside. While showing scenes of the working dairy farm, we hear Derek Van Dieten, owner and operator of Van Dieten Dairy Farms talking about his TD Relationship Manager. As they both walk through the dairy farm Derek talks about how his Relationship Manager used to be a dairy farmer and has a deep understanding of the industry. We follow Derek as he works with the cows and interacts with employees. He goes on to talk about his desire to stick to dairy farming, instead of worrying about financials because TD is there to help. We see more scenes of Derek feeding cows and playing with his children. He then talks about his trust in TD and his Relationship Managers, which allow him to focus on doing what he loves and watching his children grow up. We end on a scene of Derek and his family walking hand in hand toward the farm in Seaforth.

Why switch to TD Commercial Banking

We take the time to learn about your business and industry so that we can react to changes in the marketplace and anticipate your business's evolving banking needs. Your Relationship Team can also connect you with other specialists at TD to help move your business forward.

We will meet with your team to develop an implementation plan. By understanding the way you do business and your technology set up, we can make recommendations that take into account the unique aspects of your business.

Your local Relationship Team will work collaboratively with you and keep you updated throughout the process so that you can focus on your business.

Once you're up and running, we will continue to actively manage our relationship, looking for ways to help you manage and grow your business.

Get in touch with a Relationship Manager